Laura Frey is a London based Radio and TV Presenter, columnist and voiceover artiste presenter with a wealth of experience.

Laura trained at the Italia Conti Academy of Theatre Arts in the Barbican London.

She’s worked extensively throughout Europe and the UK, working in cabaret, theatre and television. Her break into presenting came while performing on the children’s TV show Club Dorothee in Paris, France. 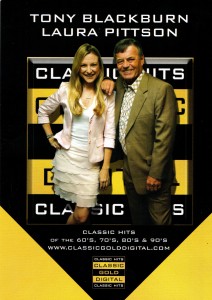 Laura has 14 years experience on Radio Breakfast Shows and has also hosted Lunchtime and weekend TV and Radio shows. Laura was the first female presenter to anchor her own Radio Breakfast Show on an independent station in the UK. Laura is most famously known for her world famous breakfast show on Classic Gold, which she performed with Tony Blackburn for 4 years.

In fact Laura and Tony still hold the record for the longest running female/male due on a national radio breakfast show! The show was voted the 15th top breakfast show in the UK by the UK radio Guide.

Laura has been a columnist and features writer for 3 national magazines and a Daily Newspaper. Laura can often be found in Monaco reviewing the International Circus Festival, and is a keen Music Hall enthusiast.

Another love of Laura’s is dance. Laura is a qualified dance and drama instructor AISTD dip LLAM and is often seen across the country judging dance and talent competitions.

More recently you could have found Laura teaching Countryfile Presenter Matt Baker to tap dance in her dance studio!

Laura has hosted many corporate and charity events, and is also a much sought after voice over artist.

Laura is currently working as the international beauty reviewer for the company www.gorgeousshop.com which has become the most downloaded beauty broadcast on the net. Her podcasts can be found on the www.gorgeousshop.co.uk/podcast

Surprisingly Laura is one of the few female radio presenters who enjoys Fly Fishing, Ballroom Dancing, horse riding and Scottish Reeling (not all at the same time!).

Laura is also a member of the national cohort society, and is one of the very few people in the world who have 2 Simian lines!! When Laura isn’t working she is kept busy by her 4 stepchildren, 3 dogs and 2 cats. 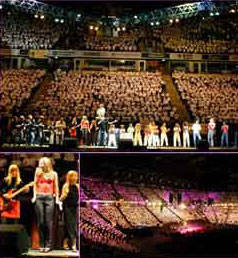 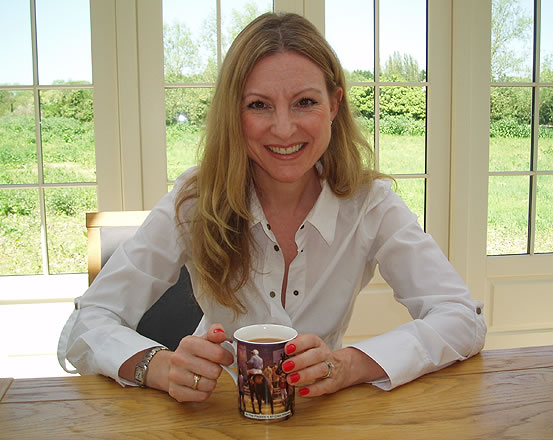